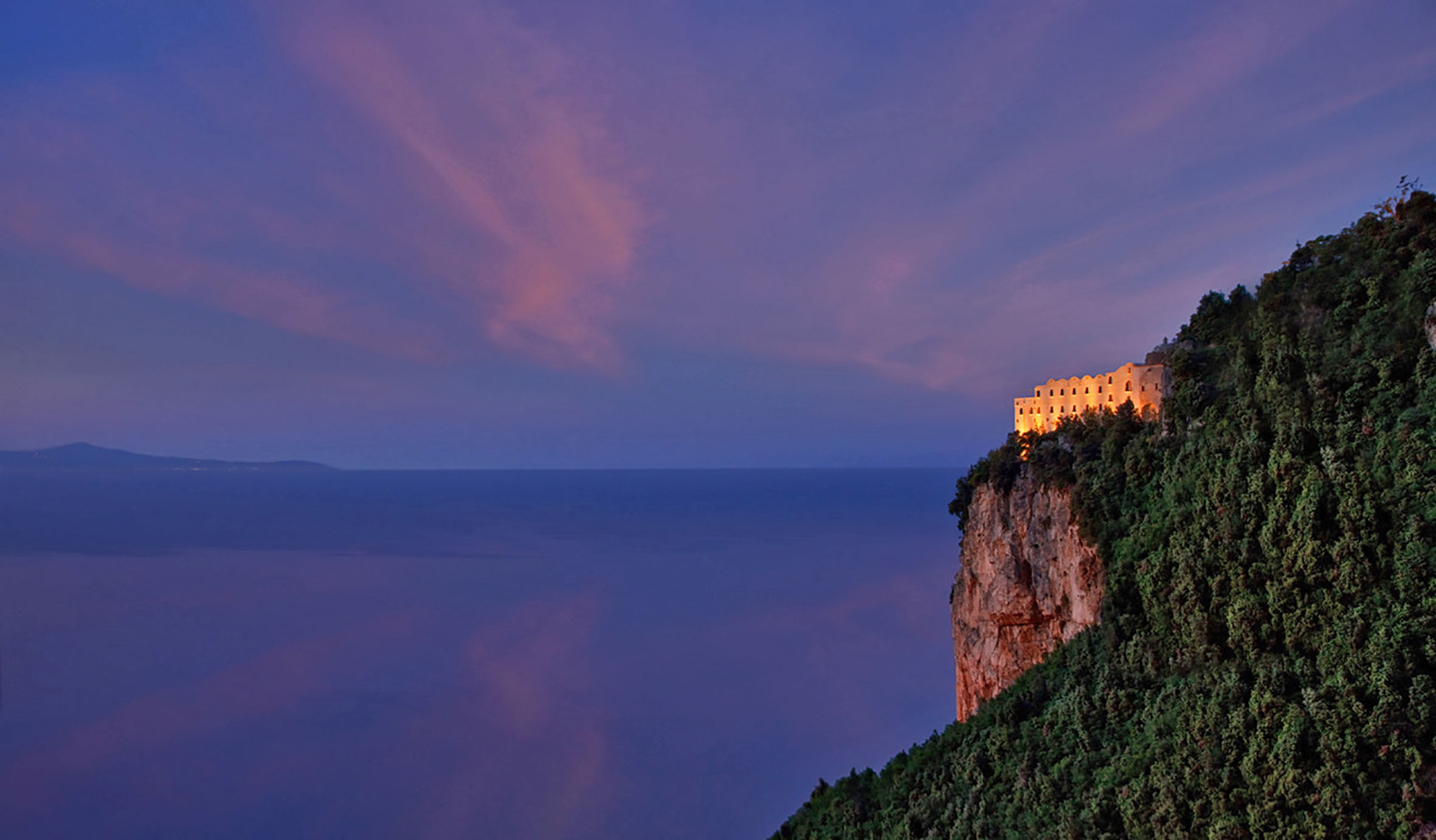 An estate with biblical garden, infinity pool
and star cuisine: In the Monastero Santa Rosa at the Amalfi Coast the summer is still in autumn 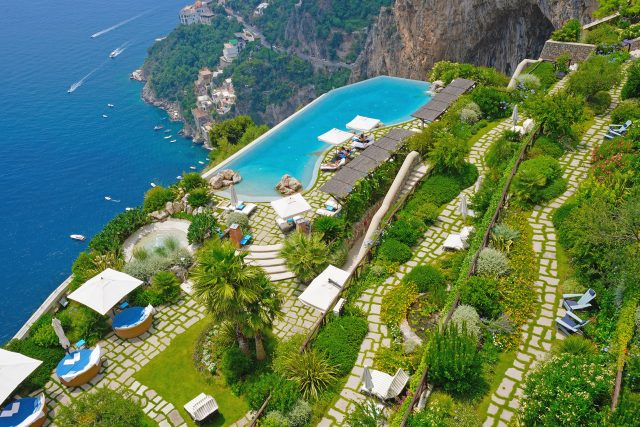 Hamburg / Conca dei Marini – It is not without reason that the Monastero Santa Rosa has received many awards. Now – after weeks of shutdown – the boutique hotel on the Amalfi Coast with its 20 rooms is once again the perfect location. On the one hand, there is plenty of space in the former nunnery. Through its corridors three Vespa scooters could easily drive next to each other. The tables in the restaurant and on the terrace are so far apart that elephants would not have to break a plate while walking through. And in the terraced garden, guests can play hide and seek for hours among roses, lemon trees and monk’s pepper without being found. Not without reason hotel gardener Michele Scala says: “I have the most beautiful workplace in the world.” Together with his team, he has placed large planters next to the infinity pool for the acoustic and visual privacy among the guests. Those who jump into the water here swim out into the sky and seem to land in the sea.

On the other hand, the hotel follows the security guidelines of the government. Guests are allowed to briefly undergo a temperature check with a special thermometer upon arrival. And they can view the hotel offers on their mobile phones with a QR code. Hygiene standards in rooms and lounges are very high anyway. “In the Monastero, guests find the simple in the special and the special in the simple,” says Flavio Colantuoni, who has managed the hotel since it opened in 2012. This includes, for example, being cooked by Christoph Bob – the restaurant Il Refettorio holds a Michelin star for his creations. Massages and other spa treatments are also available outdoors, with views over the garden to the horizon. For the hotel is enthroned like a guardian of the sea high above the Amalfi Coast. Holidays in these times cannot be more beautiful.

The St. Moritz Celebrity
Golf Cup will be back!
No drudgery at all